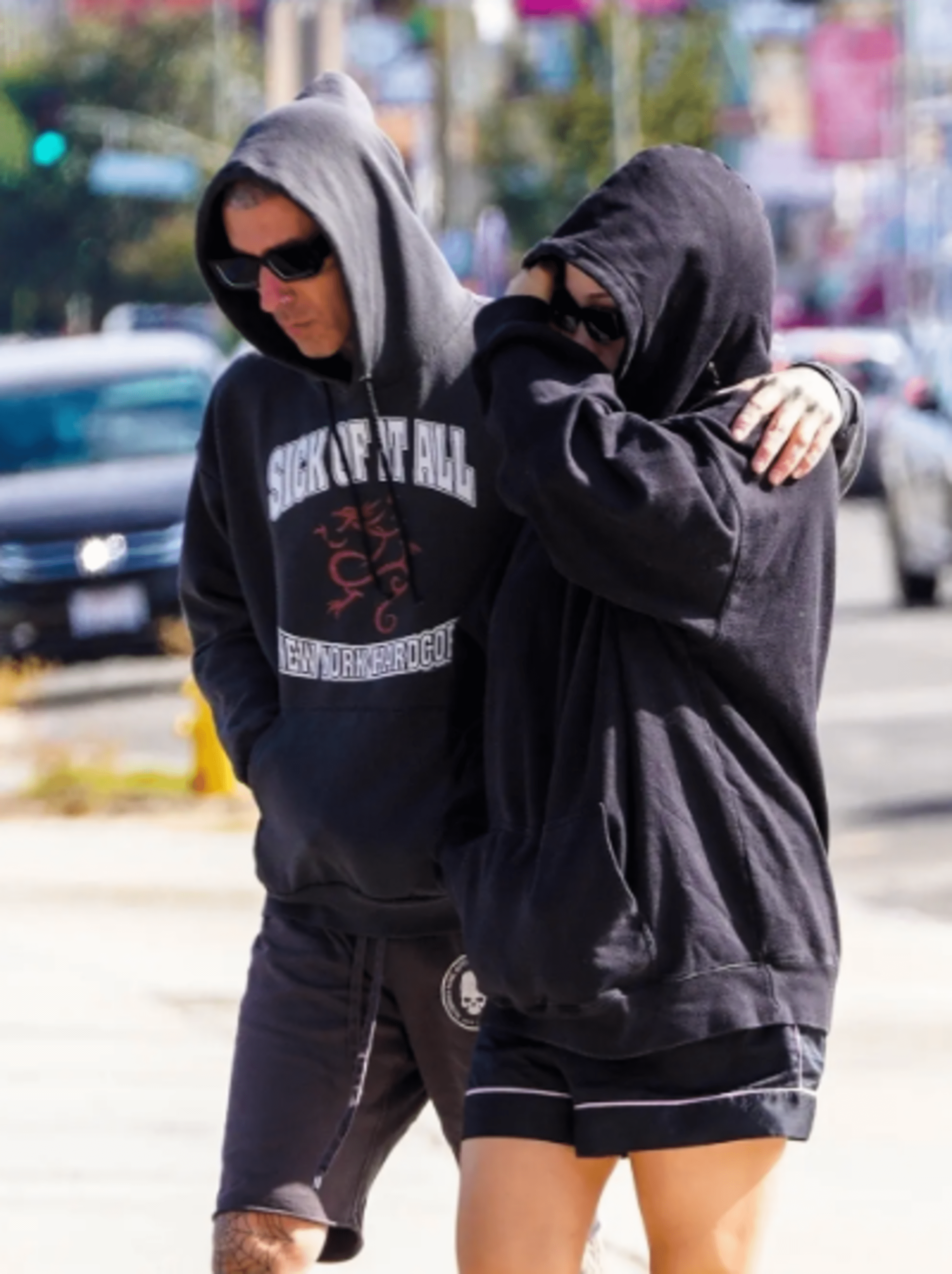 Blue, the French bulldog who belonged to Travis Barker and his daughter Alabama Barker, was a much-loved family pet. On Wednesday in Los Angeles, the 46-year-old drummer for the band Blink-182 and his younger child were seen leaving a veterinarian’s clinic and were captured looking dejected while hugging one other.

Alabama, who was 16 years old at the time, wiped away her emotions while holding dog toys in her arms. During their stroll together, the father and daughter sported identical pairs of sunglasses and black hoodies and shorts.

Blue was not there and judging from what was posted on their Instagram Stories a few hours later; it seemed likely that the canine companion, who appeared to be getting on in years, had been euthanized.

Blue, you will be sorely missed. You were the most excellent canine. Travis captioned a video of himself and his daughter cuddling the dog affectionately: “I was always waiting for you to say something.” In the background, you could hear some sniffling sounds.

After that, Travis went on to share a close-up picture of Blue wrapped in blankets, which he paired with an emoji of a broken heart. He also shared photos of himself caressing and cuddling his dear pet at the end of the post.

Alabama’s sadness stemmed in no small part from her childhood companion Blue no longer sharing her bed. She added a video of her cuddling and petting the dog, “I love you blue, you will never understand how much you saved me in my saddest days.”

She recalled the manner that she would throw [his] ball, and [he] would run with joy, and she stated that his beautiful eyes “affected everybody.” I promise I’ll never forget you, my little puppy. I have no doubt that you’ll have the most wonderful time playing with all the other dogs in dog heaven. So, until we meet again, my darling, Alabama, finished.