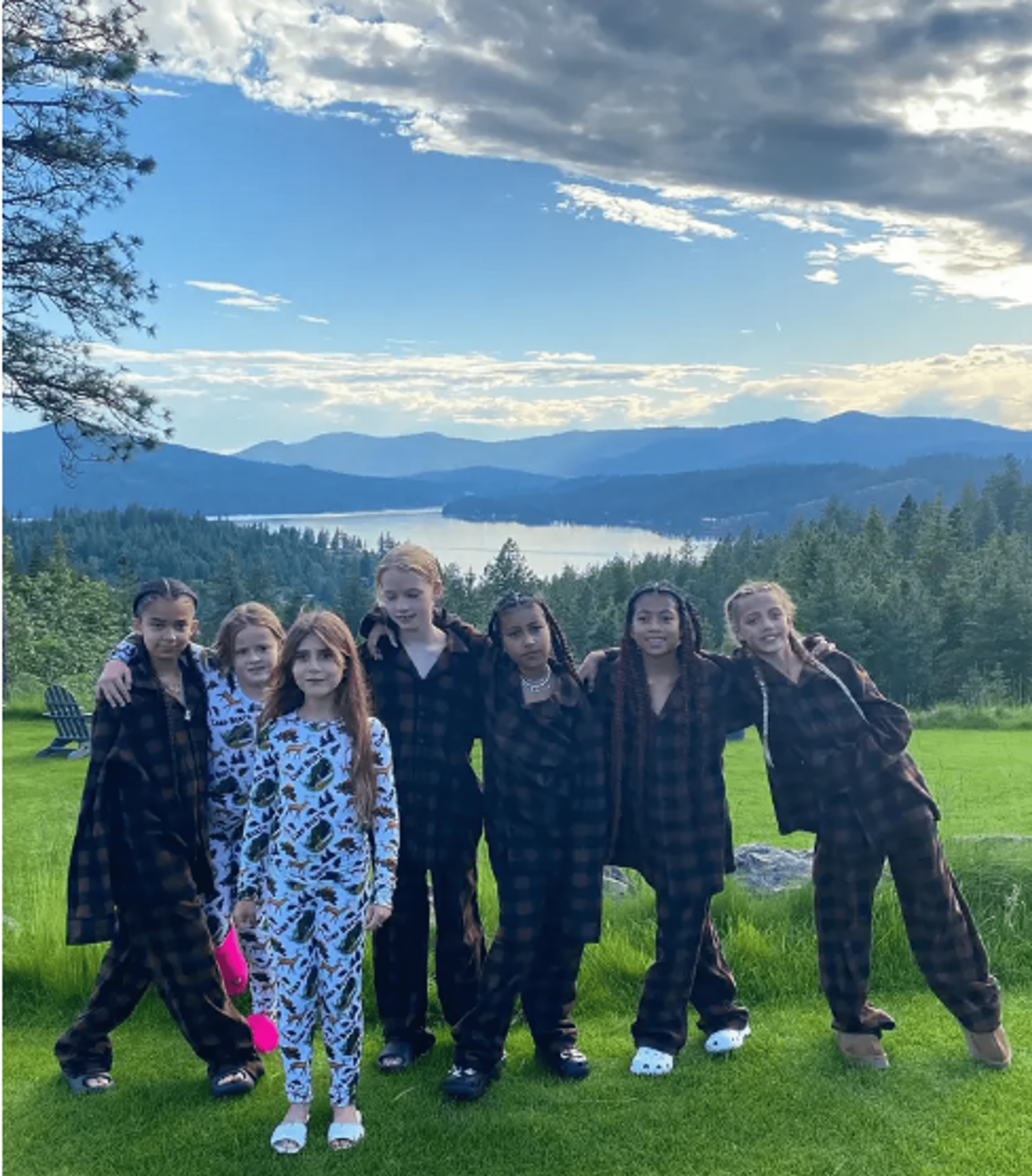 Nine-year-old North West is a copy of her parents, Kim Kardashian and Kanye West, who love to live to the fullest.

Recently, the girl celebrated her birthday, but she did not limit herself to one holiday. North persuaded her mother to give her a private jet, on which she and six girlfriends would fly to the lake for a vacation.

Kardashian could not refuse her daughter but flew with her to control how everything went.

Of course, Kim shared with followers photos and videos of how she organized her daughter’s vacation with her friends.

It all started with the fact that they were met by a plane decorated with balloons and the inscription “Camp North.” Inside the liner, each seat had two pillows made in the form of logs, and artificial cobwebs covered the ceiling.

Apparently, the party was in the style of horror since one of North’s hobbies is stage makeup, and she is very good at making various wounds and scars.

Upon arrival, the girls were waiting for makeshift tents with toy deer heads and a stole stained with red paint imitating blood.

In addition to the pajama party, the children ran through the woods, climbed trees, rode an air mattress on the lake, and learned to stand on the board while conquering the waves.

By the way, among those invited to this party was the 10-year-old daughter of Jessica Simpson Maxwell.

In an interview with Us Weekly, the singer said that girls are best friends and that North is an amazing child who will definitely help make this world a better place.

Simpson also praised the Kardashian-Jenner family for the fact that, despite their deafening popularity and fame, they remained sincere people who love their children and spend time with them.