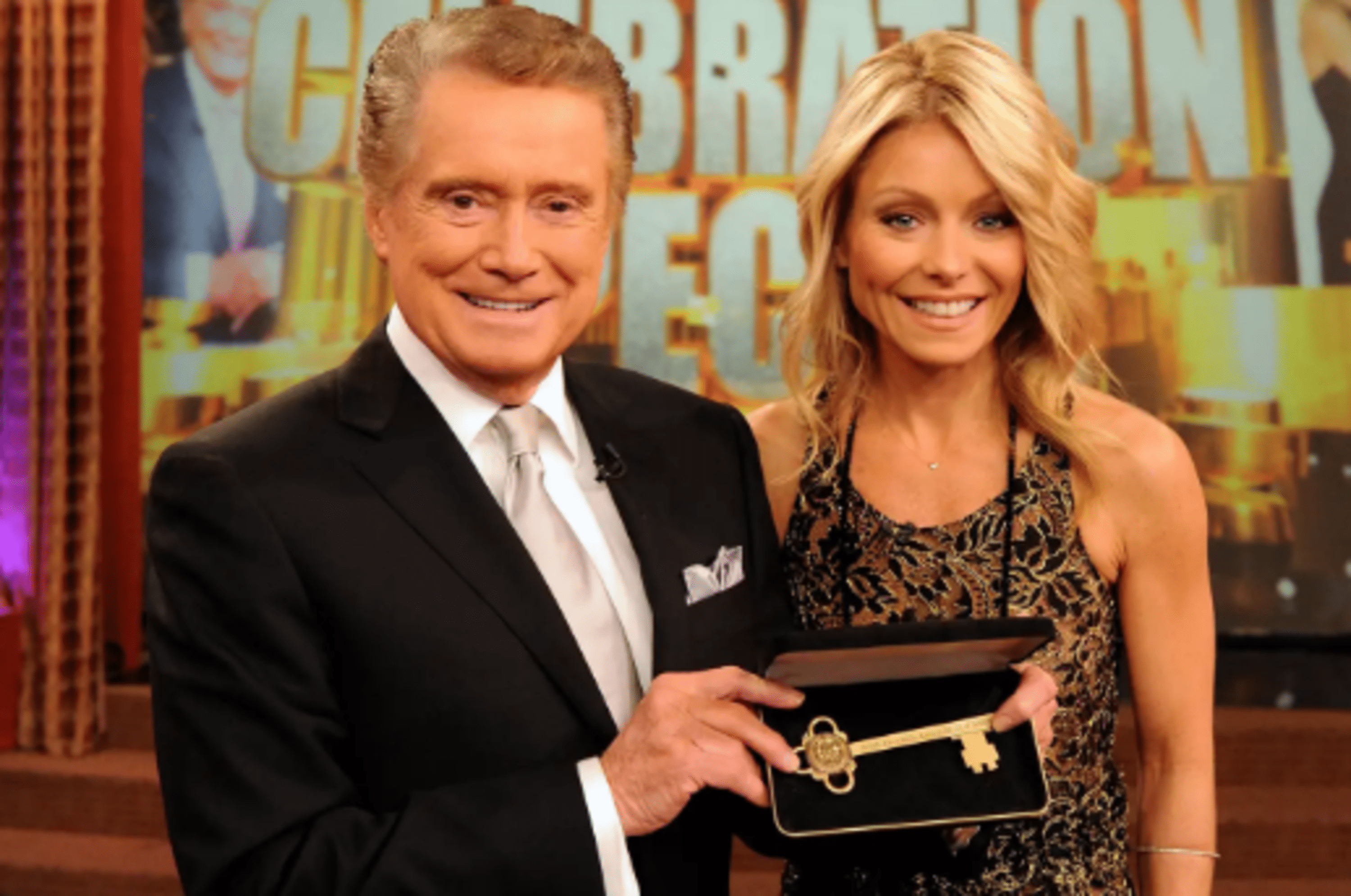 After Kathie Lee Gifford, Regis Philbin’s longstanding co-host resigned in 2000, Live formally welcomed Ripa, 52, in 2001. The next year, the show changed its name to Live with Regis and Kelly.

In a recent interview with Dear Media’s Not Skinny But Not Fat podcast, Ripa discussed how she came to co-host Live with Regis Philbin and if she would do so again if given the opportunity.

It’s not easy being the new person in what seems to be a well-oiled system, as she describes in her memoir Live Wire. I agree with him on every point, she declared. Having a host chosen for him was unnecessary. That can’t possibly be right. I strongly support him in this book because he put in his time and developed this show.

According to Ripa, it’s challenging to pair random people from different generations for a program of that magnitude. She went on to say that she felt bad for him since he was prominent and well-established and that the workplace was like a melting pot of individuals from all walks of life.

Ripa claims that she didn’t know she was auditioning for the show when she got the position; she thought she was merely filling in for the day.

I was told that, along with the fact that they weren’t seeking a host. And I responded, “No worries.” I’m employed at present. Honestly, she said, she was already feeling overwhelmed. A toddler recently joined my family. It was a secret that I was pregnant. I feel like there was so much going on in my head at once. Having a lot on my plate, I was attempting to find a method to disappear from view. Having so much on my plate, I didn’t feel like doing it all over again.

The unexpected gift of this opportunity unnerved Ripa much.