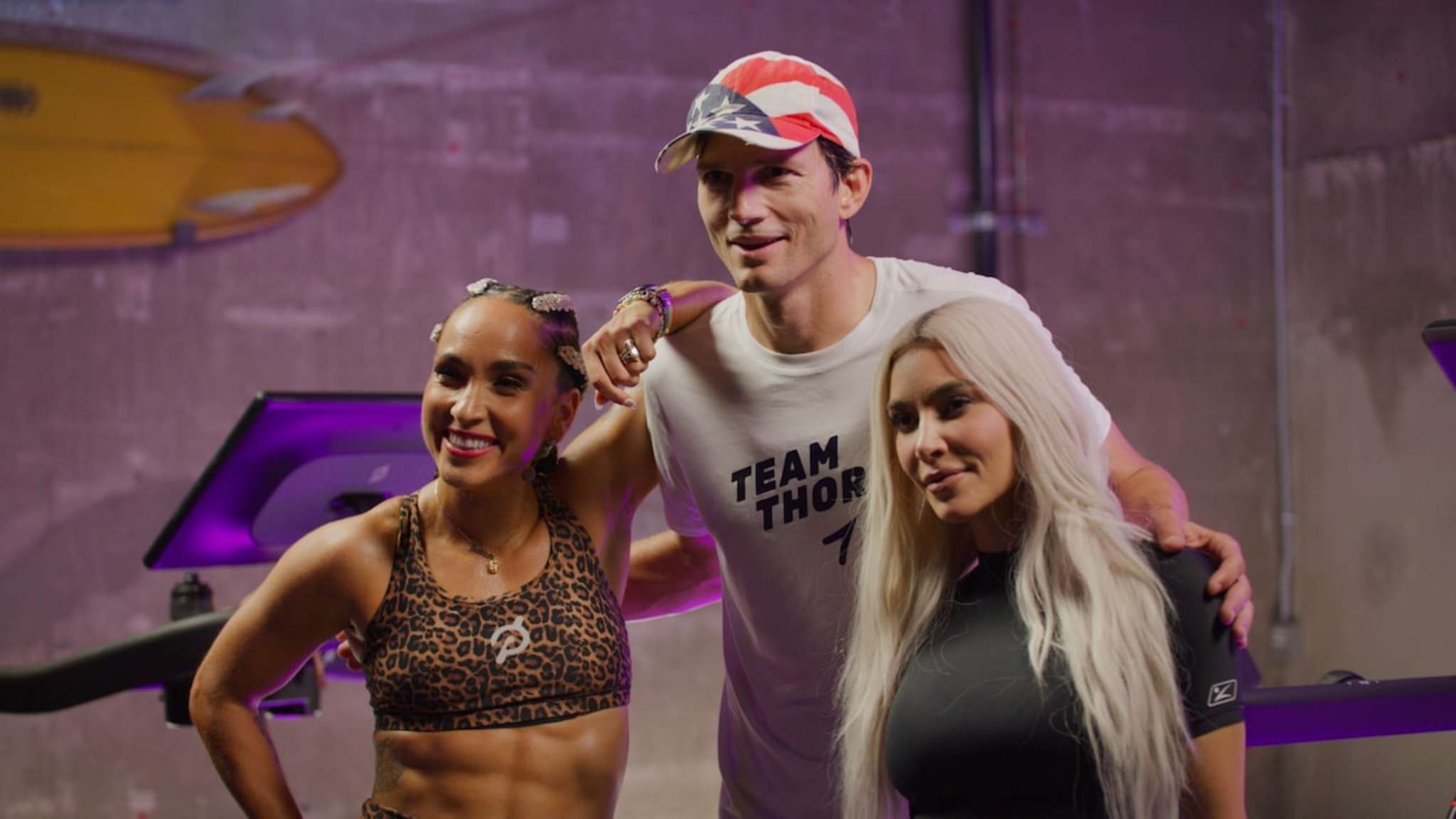 The 41-year-old star of The Kardashians appears as a guest on a Peloton running the show by Ashton Kutcher called Our Future Selves.

The 44-year-old actor is seen in a preview on Instagram by Peloton’s vice president and lead teacher, Robin Arzón, in wonder that Kardashian is accompanying him.

Thrill factor? In the video, he states, “I’m at about 11 today.” It’s Kim, a buddy of mine. I can’t tell you how excited I am to talk to her. You arrived, Kutcher quips with the co-founder of SKIMS. In response to Kardashian’s admission that you do not really run, I don’t really.

The two celebrities’ training was supervised by Arzón, who was also present. In the video, she declares, “I love Kim K,” noting that the celebrity deconstructs and destroys the notion that one must stay in one’s zone.

Earlier on in their run together, a delighted Kutcher applauds Kardashian and remarks, “You are truly jogging a 7-minute mile pace.” What has just happened?

As she reacts, Kardashian, who is clearly moved by the situation, says, “I think this is what I’m lacking in my workout.” The way I’m going to continue with my routine has been inspired and slightly changed by it.

Discovering Your Why: This series’ central theme is that Arzón tagged @aplusk in the enthusiastic social media clip. Even though I’ve mentioned it before, motivation is nonsense. Your enthusiasm and motivation to show up and put in the effort every day become so much simpler after you identify and embrace your WHY or the reason behind your hustle.

The episode is intended for people who, like Kardashian, do not identify themselves as runners, Arzón continued. She completely outperforms herself and changes the course of the narrative she has been telling herself. She claimed that anything is possible if one is prepared to work hard and show up.